All 4 guilds starts with the name COBRA. This unite us as we are ONE, a big family !

Our goal is to make a STRONG GUILD, to have most members lvl 170 or higher!

The idea to start "KING COBRA" was due to the fact that the alliance "Empire" died. There was two inactive leaders/guilds... So I ( Count ) decided to take the matter into my own hands. I started 4 guilds myself and created the Alliance – KING COBRA. At that time I had 2 guilds in Empire and could get some members from the dying ally to enter my new alliance.

Our name comes from a glamrock/hardrock band - King Kobra, that I still think is one hell of a groupe, especially there album "Ready to strike" from 1985.

KING COBRA was unique at first. I think I was the first to be holding all 4 guilds and alliance by myself with a guild system which could take in all lvl´s of players.
Guild 1 for low level players, guild 2 for a bit higher level players and so on. This way it was easy to make guild pt, because all was about the same lvl. And when u reach a specific level you changed guild, climbed in the COBRA ladder, untill u reached the top - COBRA Kings.

This ground idea was the reason to the rapid growt of the alliance KING COBRA, together with great members with a lot of go within them!

The situation today is that we have soo many highlevels so we cant hold guilds for lower levels... And we now aime to have the whole alliances members lvl 170+

We do NOT pk ppl without reason. If someone attack first, then you are allowed to kill them, otherwise not.

At teleporters we can accept if someone happends to PK someone, theres always PK there, always have been, and always will be... Don´t over-do it so ppl get too angry !

Once again - NEVER pk ppl from your own ally - NEVER !

Remember - All Can Invite !

Be active & Invite as much as you can

Best regards to all involved ! 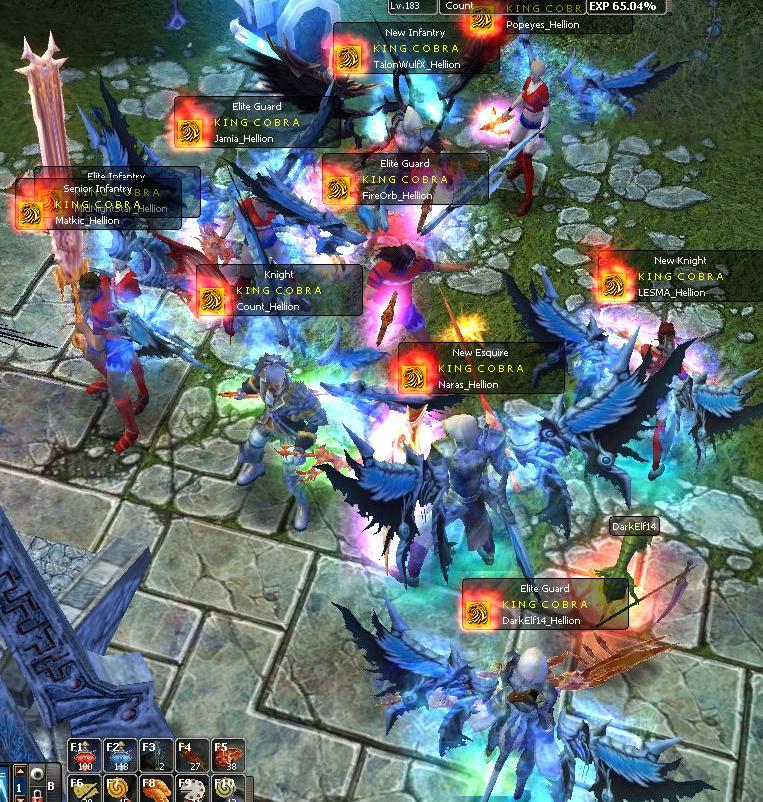