Guest
THESE PEOPLE HAVE BEEN EXPELLED.

We do NOT want them in our alliance again due to the fact that they might try to sabotage & do what they can to harm us.

He called allys bad things in allychat and they finally got angry enough to complain. When he found out he left by own will.
A member named w1cked wanted him back badly and I did let him have a second chance. At this time I needed a leader for the guild COBRA High and I decided to try with Misstripp. This turned out to be a huge mistake as I one day saw him write in guildchat that he wanted all active members to join another guild. He wanted to empty one of our guilds of active members - traitor! He have sneaked back in our alliance, and been kicked again, so keep your eyes open.

This young guy want hyper activity and might kill his mother to get it, well, thats maybe not true, but he demanded that I should destroy all KING COBRA, get all active members into 2 new guilds. These 2 guilds should then be taken into some other guys alliance...

1. I refuse to destroy the whole alliance and let so many people down. I tried to get him to realize its better to build up the alliance we have, but no...

2. w1cked had no idea what character this new alliance leader was, and was anyway ready to offer everything to try to get hyper activity... What if we should get kicked ´cause of his temper... All done for nothing?

When I refused w1ckeds demands he start calling me dumbass and lots of other nice words.

w1cked know nothing about responsebility and empathy and in my eyes hes nothing more than a blowned up young idiot, so full of shit that its coming out of his mouth...

WE DO NOT WANT THESE PEOPLE BACK IN THE ALLIANCE !

If you hear anyone talk bad about us in ally or guildchat please send me, Count, a message about it at once.

Tell me - Who said what.

Of course others have been expelled too, but since I don´t see them as threats for our alliance, there names will not be found here. 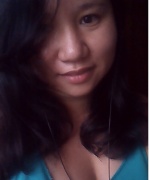